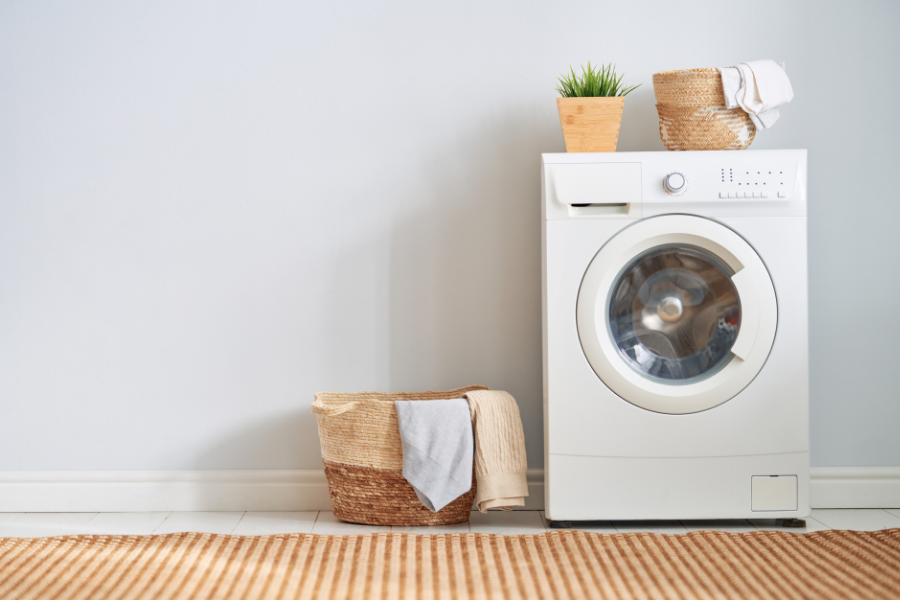 Here are some fun — and slightly gross — facts about the more than 60,000,000 loads of washing that Australians do each week.

How clean do you think your clothes are? Your clothes can actually be dirtier than you think! According to scientists of Procter & Gamble, 70% of dirt on your clothes is invisible. Human sweat, dead skin cells, and body oils, rather than external factors, generates invisible grime. Wearing dirty clothes can be detrimental to our health, so you might want to rethink wearing your favourite shirt two or three times without cleaning.

2. You sweat a lot more than you think!

You might not believe it, but an average adult produces about 6 litres of sweat on a regular day. Half of the perspiration exits via our feet (definitely the culprit of stinky feet) with the remainder sitting on our clothes.

In addition to sweating, your body releases 10 grams of salt, 40 grams of grease and sebum, and 10 grams of dead skin cells and flakes, totalling to 2 billion of skin cells. The majority of it winds up on your clothes and linens. As a result, each eight-pound load of laundry contains 53 grams of grime—about the size of a candy bar. (You’ll never look at a candy bar the same way again)

Your laundry detergent may smell like morning dew or spring rain, but if you have skin sensitivities, you may want to cut down on heavily scented products.  A study by the University of Georgia found that 30% of participants had serious repercussions of headaches, breathing difficulties, and other reactions when exposed to fragrances, 19% troubled by air fresheners, and 1 in 10 irritated by fragranced laundry products.

The good news is that you can make your laundry smell fresh with a few just drops of Eucalyptus Oil —highest pure and all-natural, and therapeutic grade.

4. Dryers have been around for 200 years

Whether your dryer is gas or electric, you can credit Pochon of France for pioneering the hand-cranked version in the early 1800s. Although in 1936 the electric clothes dryer was patented, manual wringers were still extensively used in residences throughout World War I and II.

Flattening fabrics with heated pieces of metal was a technique that was first utilized in Ancient China over a thousand years ago. The first actual ironing board — then known as ‘ironing table’ — was developed and patented by New Yorkers William Vanderburg and James Harvey in 1858.

6. Detergents were developed because of a soap scarcity!

Records show detergent was first manufactured in 1916 as a result of a soap scarcity in Germany during WWI, when there was a lack of animal and vegetable fats and oils needed in the making of soap. It wasn’t available in households until the 1930s, when it was marketed as ‘Dreft.’

7. Soap manufacturing goes all the way back to 2800 BC

Ancient artifacts show that our prehistoric pals, Babylonians, mastered the chemistry of soap manufacturing by rendering fatty acids — like the fat rendered from a slaughtered cow, sheep or goat — boiled with ashes. The result was a greasy and smelly goop that lifted away dirt.